The Colourful Homes of the Ndebele of Africa

Living in South Africa and Zimbabwe, the Ndebele Nation is an ethnic group that is known for its incredible artistic talent. Using their homes as canvas and studios, the women of this ethnic group create beautiful works of art that have been passed down from generation to generation. Not only do they paint their houses in a unique style, but they also use their homes as studio spaces. At home, they create wearable beadwork like headgear, bracelets, and necklaces. Even though the tribe is shrouded in mystery, their artwork is adored by the world. In recent times, the group's work is being showcased on an international stage by 84-year-old Esther Mahlangu. After learning Ndebele wall painting and beadwork as a child, she was the first person to transfer the traditional Ndebele style of mural painting to canvas. Mahlangu has gone on to work with brands like BMW and British Airways. Mahlangu's work is heavily influenced by her Ndebele heritage. But who are these artistic women that paint their homes, create stunning beadwork, and are visited by hundreds of tourists every year? We take a more in-depth look into the Ndebele tribe. 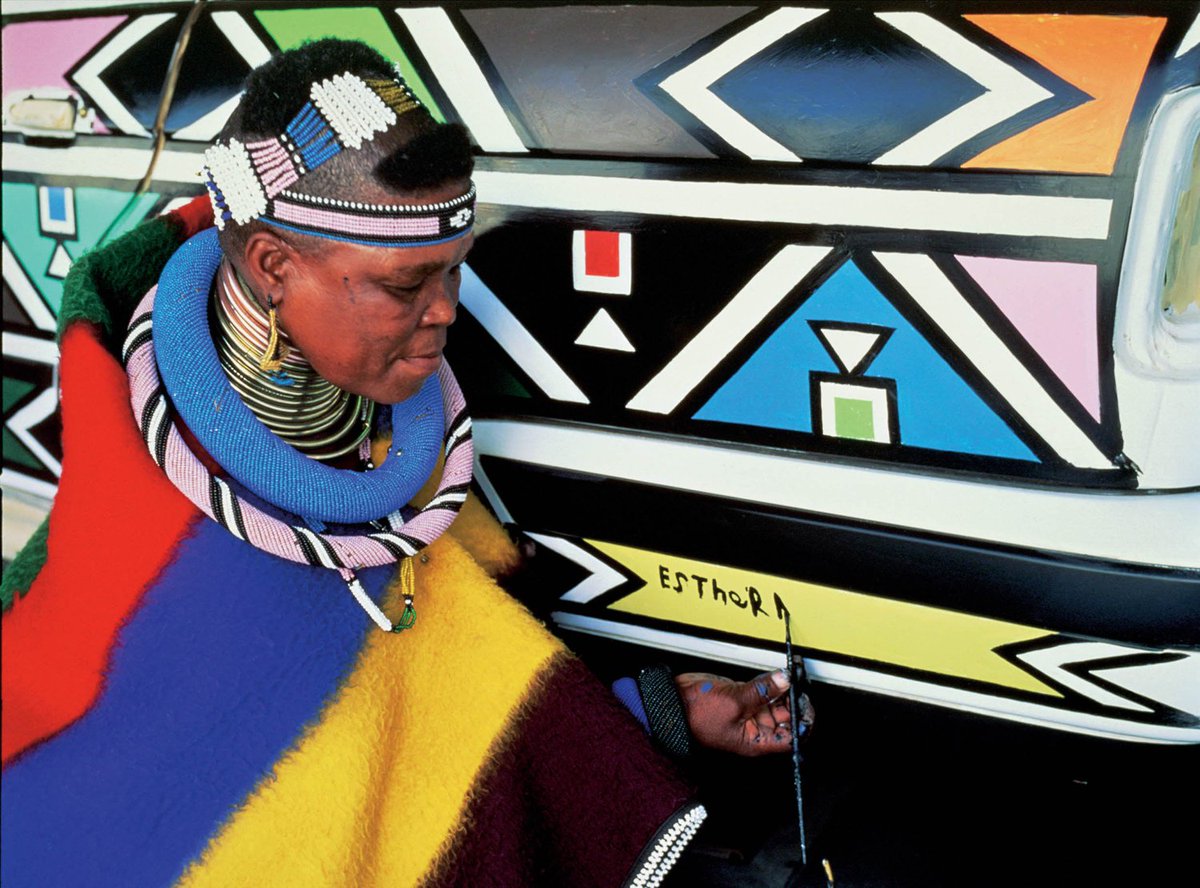 The History of the Ndebele
No much is known about the Ndebele people of South Africa, except for that, they were warriors and landowners. In 1883 the people of this tribe went to war with the Boers, which they lost and brought on a harsh life and horrible punishments for the Ndebele. But through those trying times, the Ndebele created powerful symbols of grief. This was the beginning of their unique art form. 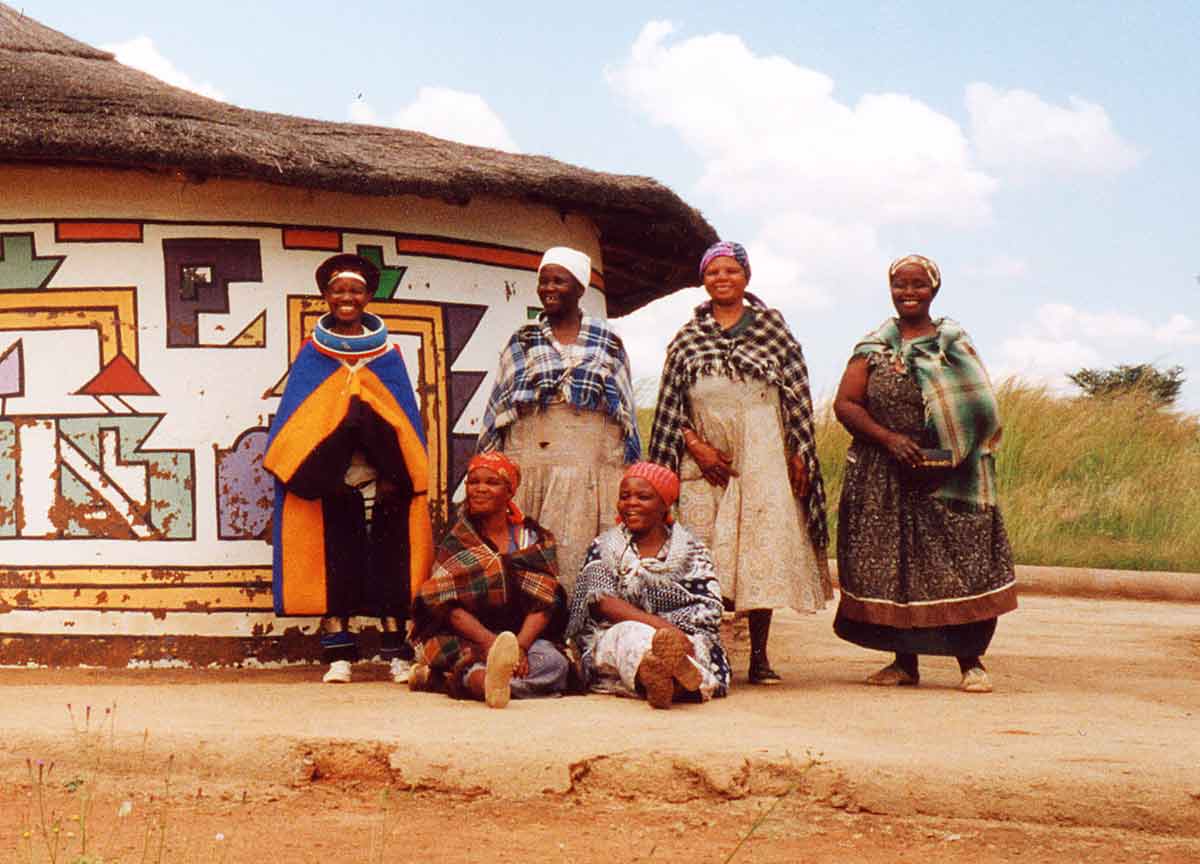 The Meaning of Colors & Patterns
Forced into a life of oppression after the Boer War, the Ndebele people started the walls of their homes. Their artwork became a way to secretly communicate with each other. The paintings went from expressing grief to cultural resistance and continuity. The Boer farmers didn't know any better and viewed the paintings as a harmless cultural art. Therefore the Ndebele women were allowed to continue painting. Today, the decorated homes indicate that the woman of the house is a good wife and mother. She is responsible for painting the walls of the home, outside gates, and the interior of the homes. Even though it may look simple from the outside, the patterns and colours used are a really complicated system of creation and tradition. There are five primary colours used in this style of art - red, yellow, blue, green, and pink. The colours and patterns used have a symbolic meaning of status or power of the homeowner, an announcement of marriage, a current protest, or a prayer.

Where To See The Ndebele Houses?
Today, the Ndebele houses are a beautiful piece of South African history, which can be seen in the north part of the country. One of the best places to see these works of art is at Mapoch — which is about 40 km outside Pretoria. There are also Ndebele villages in is Mpumalanga that worth visiting. The Ndebele houses are more than just beautiful to look at, but rather a generational tradition that through tourism has brought some income to the once oppressed tribe.